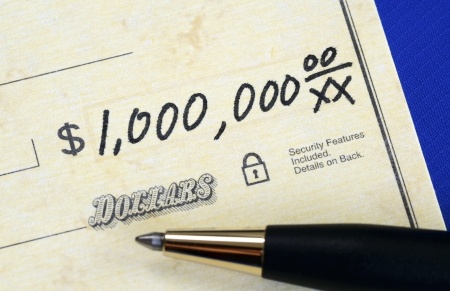 I was having a conversation with a sole practitioner after a presentation I had made at a law seminar a little while ago. One of the topics I had covered, not surprisingly was the power of referrals to grow a law firm.
This lady agreed and explained to me that she had built her whole practice on referrals. In fact in the first year of operation she had identified an organisation that acted for many people who were an exact fit for her ideal client.
By building a relationship with this organisation in the very early days of her practice, she had been able to generate a steady flow of referrals of ideal clients to her practice. Based on her progress to that point, she estimated that the referral flow from this one source was likely to be around one million dollars in the first year.

While she was frantically looking to employ more fee earners to handle the work, she was also loving the work, as every client was her ideal client.
The amazing thing to me, was that this opportunity had been available for years, but she was the first lawyer who had ever approached them in a way that was likely to lead to success.

Of course getting all these referrals from just one referral source was high risk, but I think you’ll agree, that it’s better than the alternative, of not getting any!

While I know the power of referrals, this example truly amazed me.

I shouldn’t have been amazed.

How to Grow a Law Firm in the Conveyancing Market

I posted a similar article several years ago, this time involving the property conveyancing market on the eastern seaboard of Australia.
In this case a smaller law firm had identified the things that real estate agents really wanted from lawyers and they were able to make some slight changes to their practice accordingly.

The result, they were cleaning up the conveyancing market in the city that they operated in. All of that without having to drop their price at all and in a city with lots of competition.

Why were these firms successful at generating so many referrals where others in the past had failed?

They concentrated first on providing value to the referrer.

The simple concept of you reap what you sow, has been around for thousands of years, yet here were two modern day law firm examples that proved that the simple old fashioned strategies are often still the best.

What was the cost of these referral strategies for these firms?

Nil. The cost of acquisition of the clients was nothing. OK they did make a few telephone calls and perhaps bought a few cups of coffee. Even if the cost of acquisition was in total $100 to get $1,000,000 in referred ideal clients, I think you will agree that it was a great deal.
You can follow the exact same strategy and potentially get the same results for your firm.
Here is a link to a FREE video that outlines a strategy to do the same thing with accountants, but of course you could apply the same strategy to whomever you wanted to target.

How to price legal services to attract high quality referrals? This is part five of a series on the top five concerns lawyers have about getting referrals. To recap, I have just concluded a survey of small law firms where I asked then what their biggest concerns were in regard to getting referrals from people within their professional network. From […]